When Is Supermoon 2021 From January to December

Do you want to know when is the next supermoon? And how many full moon supermoon are there in 2021? The post provides a full list of all the full and new supermoons occurring from January to December. The supermoon is a popular name given to the perigean full moon. Super moons are either full moons or new moons that closely coincide with the orbit of the moon nearest to the earth. This is also known and perigee. Hence this moon is known and perigean new moon or perigean full moon.

We have provided a complete list of all the supermoons and full moon 2021 that will occur during the entire year. This form of the moon is significant for the astronomers and astrologers. It has always been a topic of interest for the scientists as well. A supermoon happens when the full moon or new moon comes at the closest to the earth in its orbit. This makes it appear larger than the usual full moons or new moons. However, it is still a matter where astronomers and astrologers share different opinions. There are no certain definitions of the supermoons and some also associate it with increased risk of natural disasters. However, there are no scientific supports for the statement that super moon may result in volcanic eruptions or earthquakes.

How Many Supermoons are There in 2021

The most recent supermoon occurred in the month of February which is known as the super full moon 2021.

The supermoon happening in the month of May is the biggest next supermoon of the year 2021. Thus, it is clear from the above table that the year 2021 will have four full supermoons. 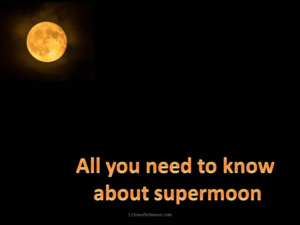 What is Super Snow Moon

Every full moon of the different months is given a unique name. Various cultures have named full moons as per different seasons in which they appear. The February full moon is known as snow moon due to the heavy snowfall in some regions.

We all know the full moons by different names. The full moon happening in the month of the March is known as the worm moon. When a supermoon occurs in the month of March, it is known as super worm moon. You can refer to our separate post to learn the different moon names. The name has a connection with the appearance of the earthworms during the season. The full moon is also known and Lenten season as the lent season in the Christian calendar starts after the March full moon.

Do refer to our posts on full moon schedule to learn the dates of the new moons and full moons of the March month 2020 and 2021. Other names given to different full phase moons are the pink moon, snow moon, wolf moon, cold moon, hunters moon, and harvest moon. When full supermoon happens in the month of January, it is known as super wolf moon.

What is Black Supermoon

In order to understand black supermoon, let us understand the concept of a black moon. When an additional new moon happens in a season or month, it is known as a black moon. This also means that the second new moon in a month or the third new moon of the four new moons of a season is the black moon.

We are sure you are clear about the supermoon meaning and its effects. There is no clear proof of any impacts on human life and nature. However, the clear impact is that we see the full moon in its best and largest form as it is at the nearest point.

If you want to know if it is supermoon today, this is the best place. 123nextfullmoon.com also offers a complete list of full moon dates and new moon dates. We have also shared when is the next blue moon in the year  and 2021.

Moon is our nearest celestial object and hence attracts us the most. It has been the object of interest and study for the astrologers, astronomers, and scientists. The position and phase of the moon are used to predict the timings and course of events. However, we recommend our readers to avoid superstitions. The information shared in this post is basically for the purpose of providing next supermoon 2021 and full moon 2021 dates and times.