Full moon January 2022 is called wolf moon and occurs on 17th January 2022. The exact date and time as per UTC, EST, PST, IST, and Australia timezone follows in the post. In many cultures, it is also known as ice moon or old moon. Here you will learn all the myths and facts about full wolf moon. This is the first full moon of th eyear 2022.  123nextfullmoon.com brings interesting facts and figures about moon names. Every culture defines full moons by different names. The names of moon have different stories to tell about the region or tradition. This post will acquaint you with how the wolf is associated with the full moon 2022 of January month. 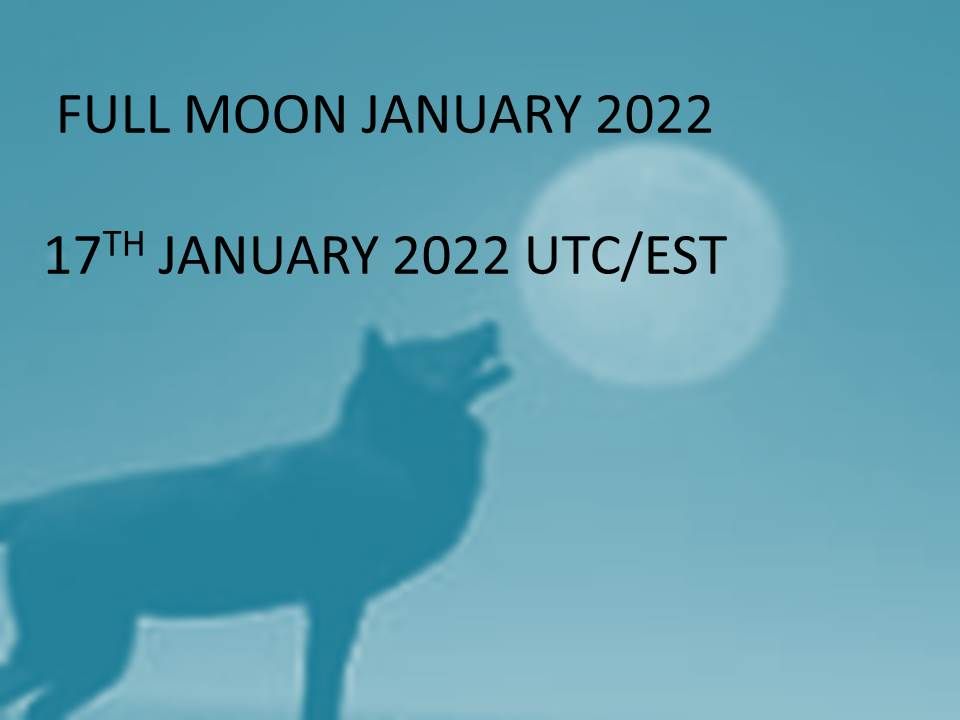 Wolf is a wild animal mostly found wandering in the wilderness during the night. The sound of the wolf is known as howling. Hence we often associate full moon nights of January with the howling of the wolf. Wolf is also a mysterious nocturnal animal often connected with foreseeing of natural disasters. This mystery is also somehow found with the full moon nights. Though scientific reasons are clear; the impact of full moons on human life and behavior is still a mystery and myth. There are no scientific supports to prove the corelation of the moon phases and human behaviour. Also, follow us to know when is the next full moon. 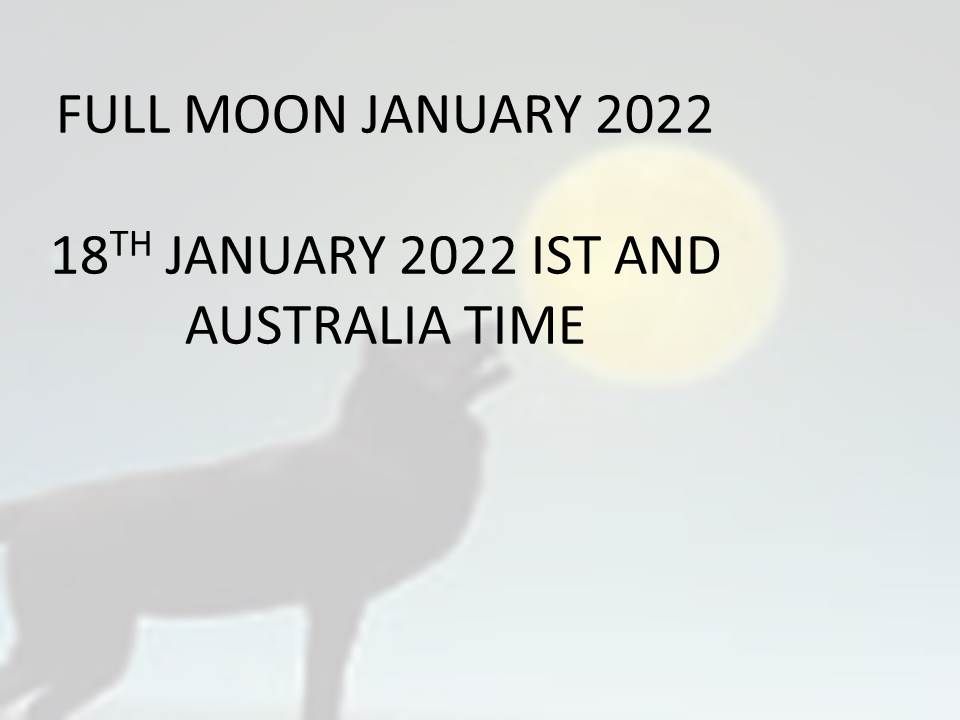 The full moon in January 2022 will occur on the following dates in different time zones. Check out the precise date and timing. Convert the UTC time to your local time zone to find out when is the full moon January 2022 in your region.

The below table details all the full moon January 2022 dates and timings.

These dates are as per UTC / GMT timezones. Please convert them into your local timezone to know the January moon phases date and time in your region.

Keep browshing our website to know the complete moon phases of all the months.

You must have definitely heard the term 3 wolf moon. It is a very popular term on the internet. Three wolf moon is a design of a T-shirt that features 3 wolves in howling towards the moon. The T-shirt was designed by Antonia Nesheva and sold on Amazon.com. It became a kind of viral on the internet. The T-shirt received vague reviews like having great powers.

Men who wear three wolf moon t-shirt have a great sensual impact on women. It also has magical effects on disorders. Many such reviews and rumors made round in popular social media platforms. The T-shirt was created by The Mountain Corporation, U.S.A.

what is waxing gibbous moon phase

Wolf Howling At The Moon

Since ages, howling of wolves is been associated with full moon. Ancient Roman and Greek mythology point towards the association of wolf and the moon.

But do wolves really how at the full moon January 2022? Let us see it from a different perspective. Wolves are nocturnal creatures and hence mostly associated with darkness and moon. Wolves actually do not keep on howling every time they open their mouth.  They may bark or growl or whimper as well. But when they howl, they face towards the sky. This special position of looking upwards while howling resulted in a myth that they send out a message to the moon. There are many myths and stories around the effects of the full moon 2022.

Modern experts do not see any connection between the howling and the moon. Rather it is considered a subject for acoustic studies. The position of facing upwards is only to produce the loud sound of howling.

The reasons for howling are not any messaging to starts and moon but for their own communication. Animal experts say that wolf howling is a cry for other fellow members to meet up. It can also be a signal for any strayed member to know the location. it is also a warning and kind of alert for other to stay out of their territories.

What is Super Wolf Moon

The full moon of the January month is known as wolf moon. However, it is known as super wolf moon when it occurs on the same day of its perigee. Perigee means the state when the moon is closest to the earth during orbiting. Full moons occurring during perigee are seen brightest than usual full moons.

Hence, super wolf moons appear brighter and larger than normal January full moons. When the full moon in January month is supermoon, it is known as super wolf moon. Supermoon is an event when the moon is at its maximum closes to the earth on its orbit. Supermoons in 2022 will occur in March and April. You will find details of supermoons in a seperate post published on our website. Just refer to the supermoon category.

Woolf and moon drawing is one of the popular picture for artists. It is also drawn during the Halloween night celebration. The picture is one of the most loved pic related to full moon January 2022.

Here are some images to guide how to draw wolf and moon step by step. If you are passionate about drawing, howling wolf is a good option. While it is simple to draw the moon, drawing wolf is not simple for everyone.

These simple tips will help you to draw wolf and moon picture. These are the best pictures we have gathered from the internet. You can check more such pics on various image sharing websites like pinterest.com. 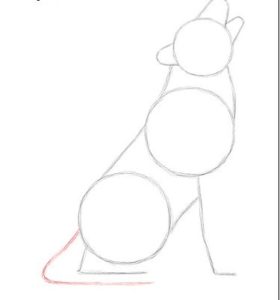 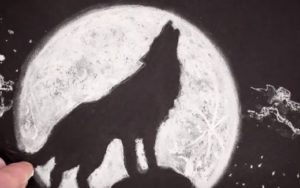 Full moon January 2022 is given the name of wolf moon. It is the major phase after the winter sets in most of the part of the Northern Hemisphere.

We are sure you liked our post on wolf moon or full moon January 2022 and how this animal is associated with darkness and moon. The animal is rather mysterious compared to other wild creatures. Another reason is though it is less powerful than other wild animals; you can never tame a wolf. Our ancestors have gifted a mysterious connection of howling animals and omens. However, 123nextfullmoon.com tries to throw light on this information and do not promote any superstitions. Keep following us to know the different names of the moon.